Bitcoin Cash has been moving steadily down the charts over the past few days, with BCH likely to see more of the same in the near-term. While a break out of its downtrend was possible in the coming days, the same wasn’t visible on the charts yet. Finally, Algorand’s market appeared undecided in the short-term, while DigiByte was set to register northbound movement. 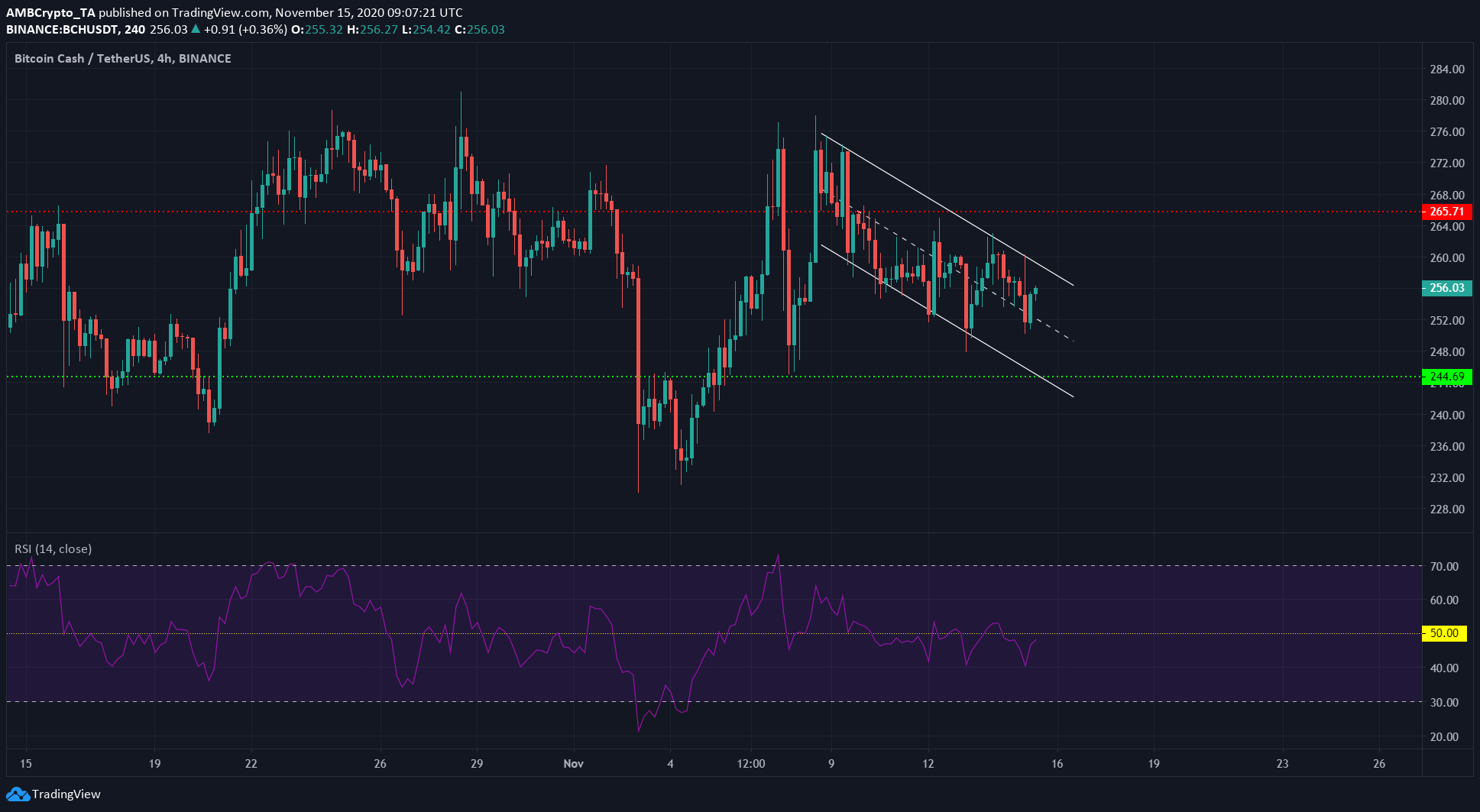 While Bitcoin Cash was moving within a descending channel (white), its trading volume has remained fairly constant over the past few days. This suggested that the cryptocurrency’s price would continue to move in the same direction.

A retest of the channel’s upper boundary should be looked out for as it could potentially be where BCH reverses its short-term downtrend.

Further, the RSI was observed to be slightly below 50, a sign of weak bullish momentum over the past few days.

At the time of writing, Bitcoin Cash was scheduled to undergo its six-month upgrade, one that could result in a hard fork if the community was unable to meet consensus requirements. 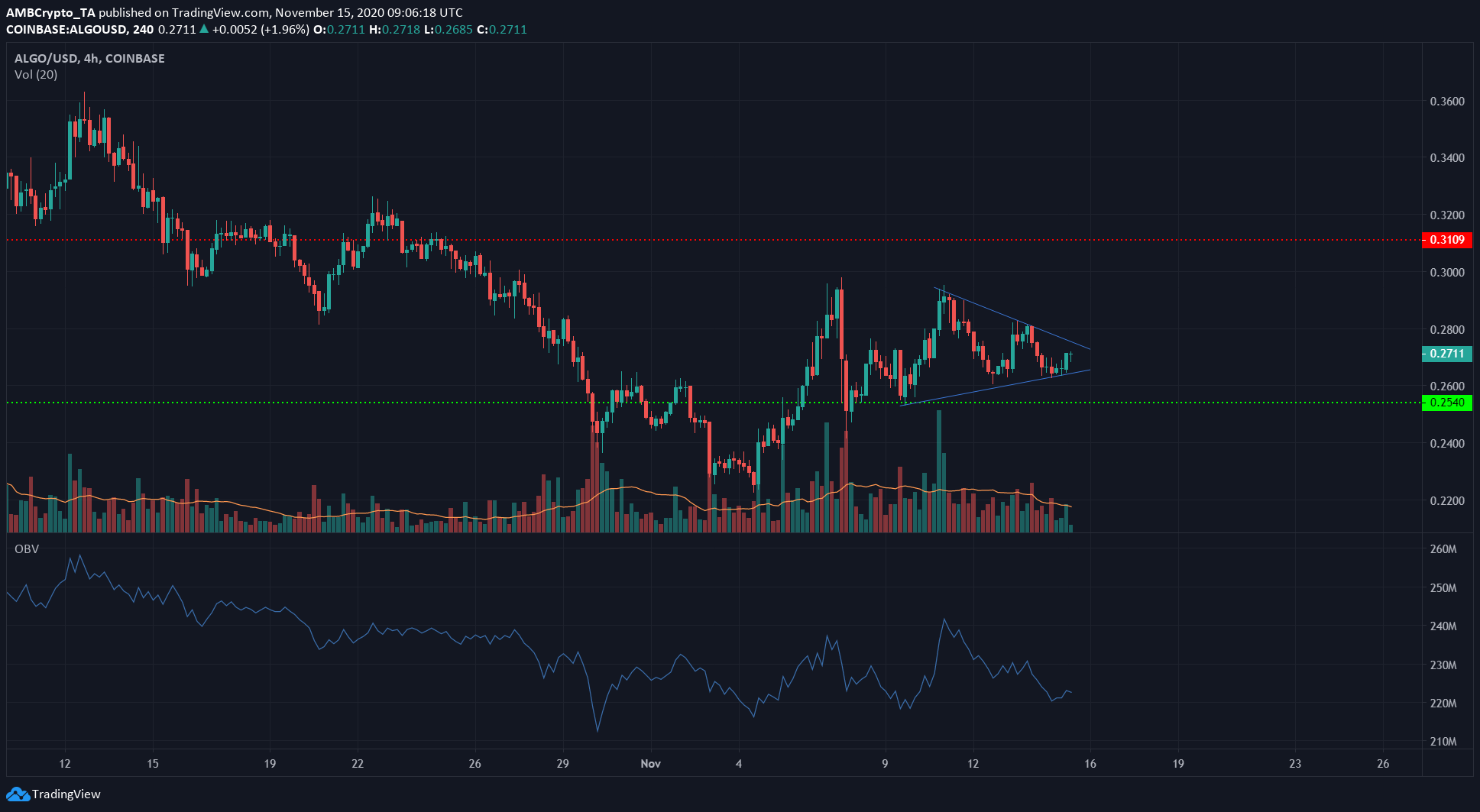 Algorand formed a symmetrical triangle pattern (blue) on the charts, with its trading volume trending lower too. A close above the pattern could see ALGO climb to $0.29, while a close below could see it test the support at $0.25, before possibly dropping even lower.

The OBV was a bit inconclusive about the near-term trend. Since early-November, it has registered higher lows, yet there have also been some sharp dips after a higher high, signs of strong sellers in the market.

The long-term trend has been to the downside, and the $0.29-level has acted as stiff resistance over the past two weeks, making it likely that any surge towards that level would face rejection. 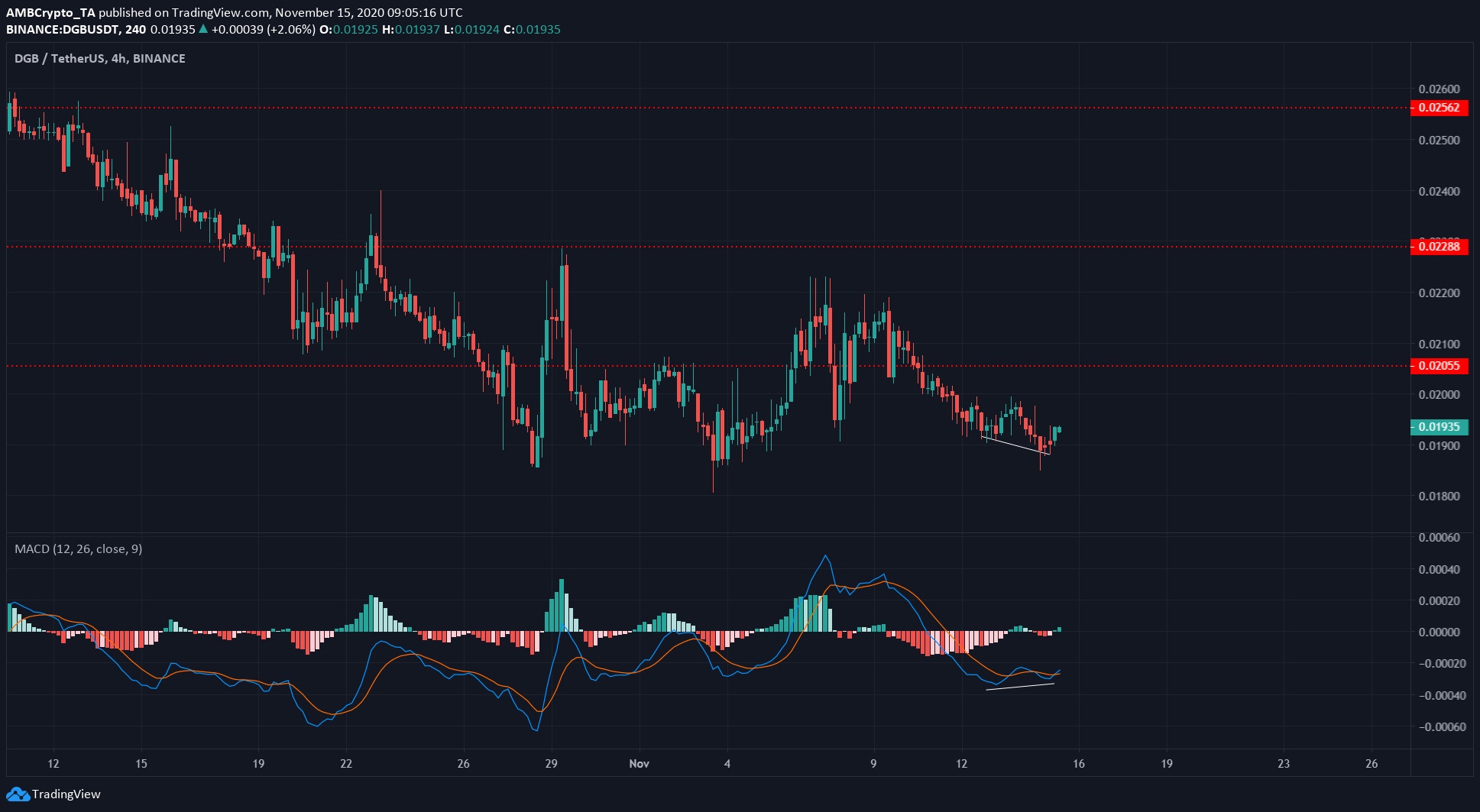 A bullish divergence was noted (white) between the price and momentum for DGB. The crypto-asset had recently lost its level of support at $0.02 and was on a strong downtrend.

Hence, this bullish divergence was likely to see a bounce in price. It could test the level at $0.02 and confirm its flip to resistance, or a region of supply may be found at $0.0198 for DGB.

It can be expected that, after this bounce, a move south would commence.