This contentious hard fork arose from a dispute between BCHABC and BCHN because BCHABC wants to implement an Infrastructure Funding Plan that would introduce a “miner tax” of 8%. Essentially, this would mean that 8% of the miner rewards would be distributed to the team behind the blockchain.

On the contrary, BCHN believes that reducing miners’ profits in this manner is not the best way forward. There is also a fear of increased centralization that would arise from the development of BCH around a single team.

As can be observed from a look at Coin Dance’s charts from right before the fork in question, a majority of the market’s miners were dedicating their hash power to BCHN. In fact, BCHN received 83.8% of the support as far as blocks mined were concerned. 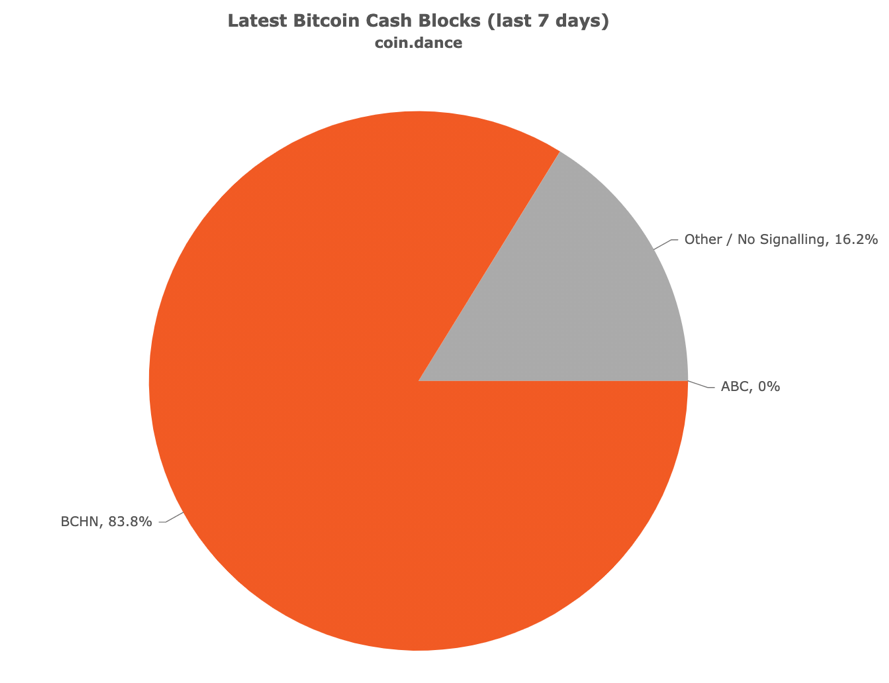 Exchanges and wallet companies too have largely come out in support of BCHN since it is expected to be the dominant chain henceforth. As of last week, Kraken had joined major exchanges like Coinbase and Binance in signaling their support of Bitcoin Cash Node, as per a recent announcement.

Interestingly, in light of the then-upcoming event, traders had sent over 2.2 million BCH to exchanges to be sold before the hard fork. 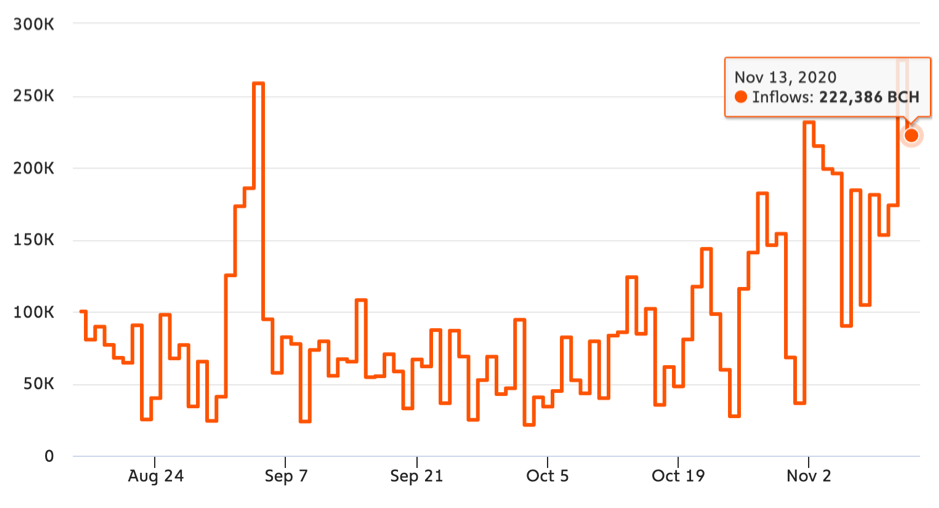 In fact, data from Chainalysis revealed that exchange inflows rose by over 18.9k BCH on average in the last 7 days, the most significant rise in volume over the past 71 days.

What is also interesting is that typically, hard forks result in the price of a cryptocurrency steadily rising in the hours leading up to the scheduled fork. In Bitcoin Cash’s case, however, the uncertainty around BCH’s price fortunes hasn’t left a lot of room for bullish momentum. Roger Ver was one of those to highlight the contentious nature of the fork,

“If PayPal knew that this sort of contentious hard fork was likely to happen, maybe they wouldn’t have added Bitcoin Cash at all to their roadmap.”

What kind of shitcoin doesn’t pump before hard fork?$BCH pic.twitter.com/s1SdBot8hp

It should also be noted that in the days leading up to the fork, BCH/BTC traded at its lowest price level since the original hard fork. In fact, at the time of writing, the same was trading around its all-time low of $0.0159.

It should also be noted that in preparation for the said fork, exchanges like Coinbase and Bitcoin.com had announced that they will be pausing Bitcoin Cash deposits and withdrawals until they are satisfied that the update is viable.

The Rate Bitcoin Must Climb To Reach $100K By July