Disclaimer: The findings of the following article are the sole opinion of the writer and should not be taken as investment advice

So, is it all sunshine and daisies and rainbows and butter mellows for Bitcoin?

Of course not. As described in a previous article, things do look grim for Bitcoin, at least in the short-term. This article will take a look at the short-term price movement of Bitcoin and what to expect from a purely technical analysis perspective. 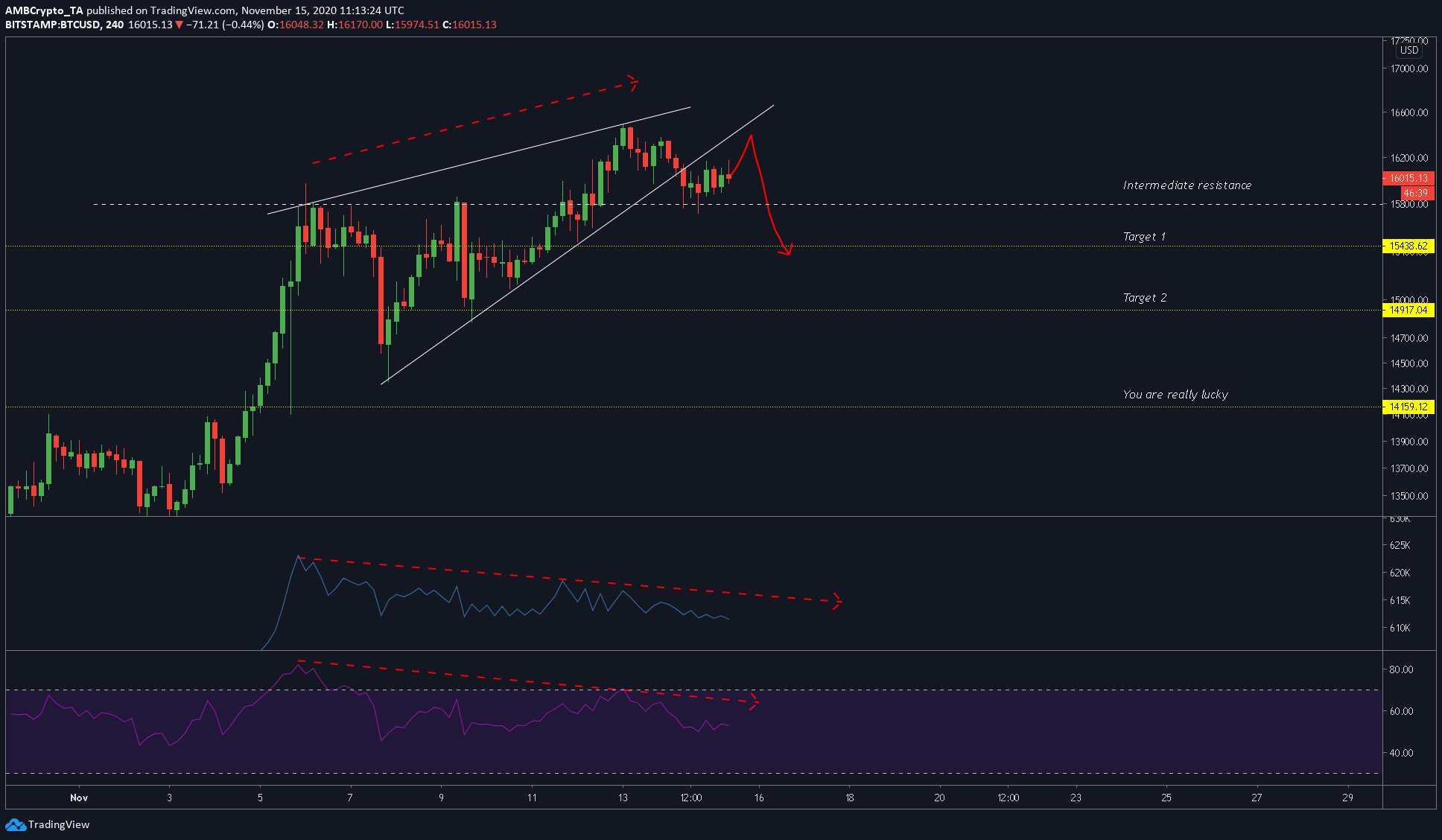 A short position would be the best way to go about trading Bitcoin. The reasons are simple, Bitcoin bulls are exhausted from their 3-month rally and this isn’t a full-blown bull run yet, hence, while bulls rest, the market’s bears will take control.

The rationale from a TA perspective is the formation of a bearish pattern – rising wedge. The bearish breakout will push Bitcoin to its nearest support level(s). Moreover, there is a double bearish divergence between the price and the volume and the price and the RSI.

For both these indicators, the price had formed a higher high, and neither the volume nor the bullish momentum justified it. Hence, we will need to be ready for a drop soon.

In fact, the drop/breakout had already happened, with the price retesting the bottom of the wedge. 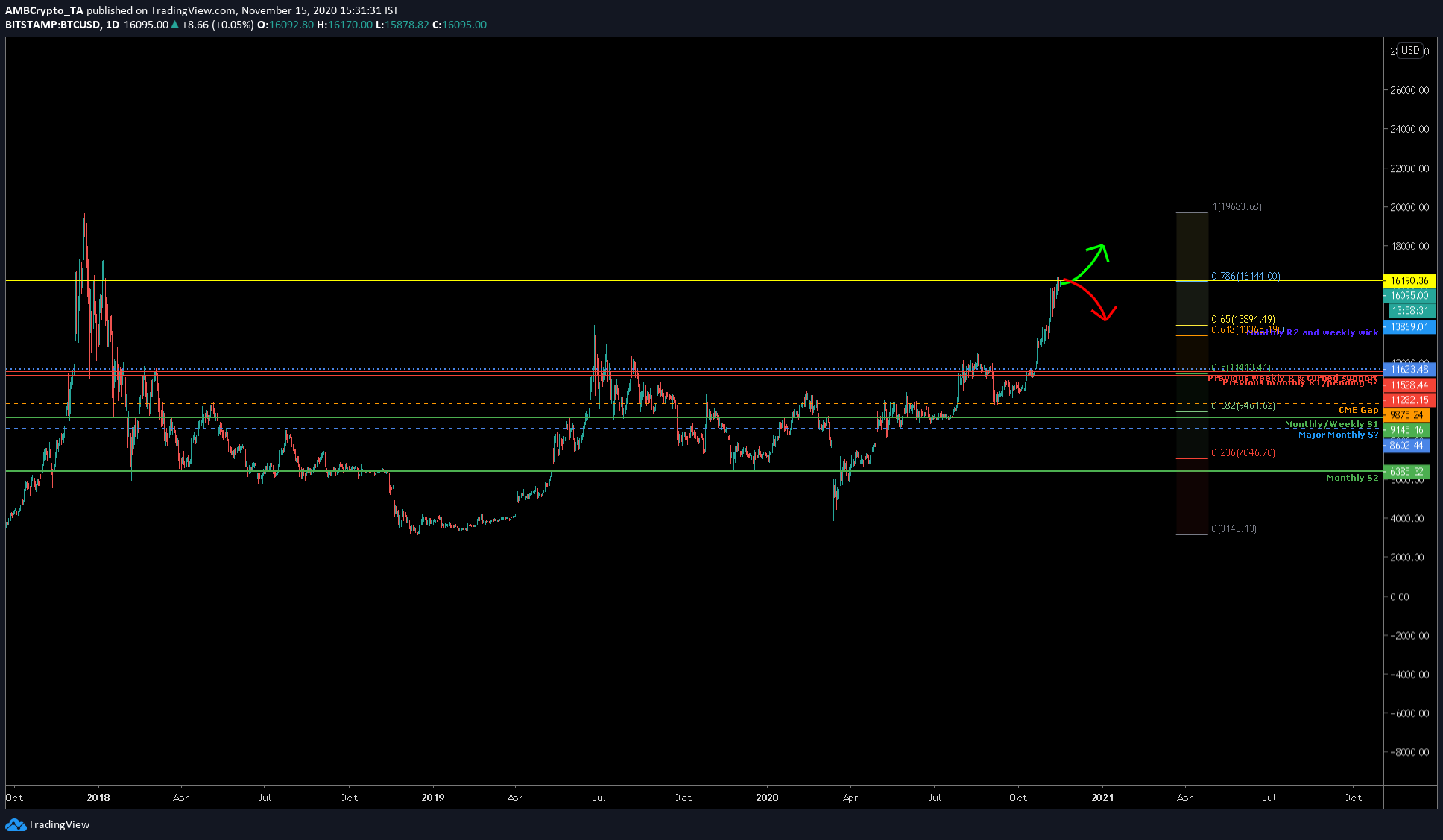 Although the proof is concrete that a short position is the best way to go, there is still a chance that Bitcoin might head higher since it is in a pre-bull run stage. So, it is better to keep a tight stop-loss in case one decides to short this.

McAfee: I Was Made a Scapegoat