Ethereum saw a rapid move down from $492 to $470 and major altcoins saw a pullback as well. This could turn into a deeper correction if ETH continued to drop. Chainlink moved past $14 and could test resistance at $14.5 in the coming days. IOTA tried to climb upward but was met by selling pressure, while VeChain showed bullish strength. 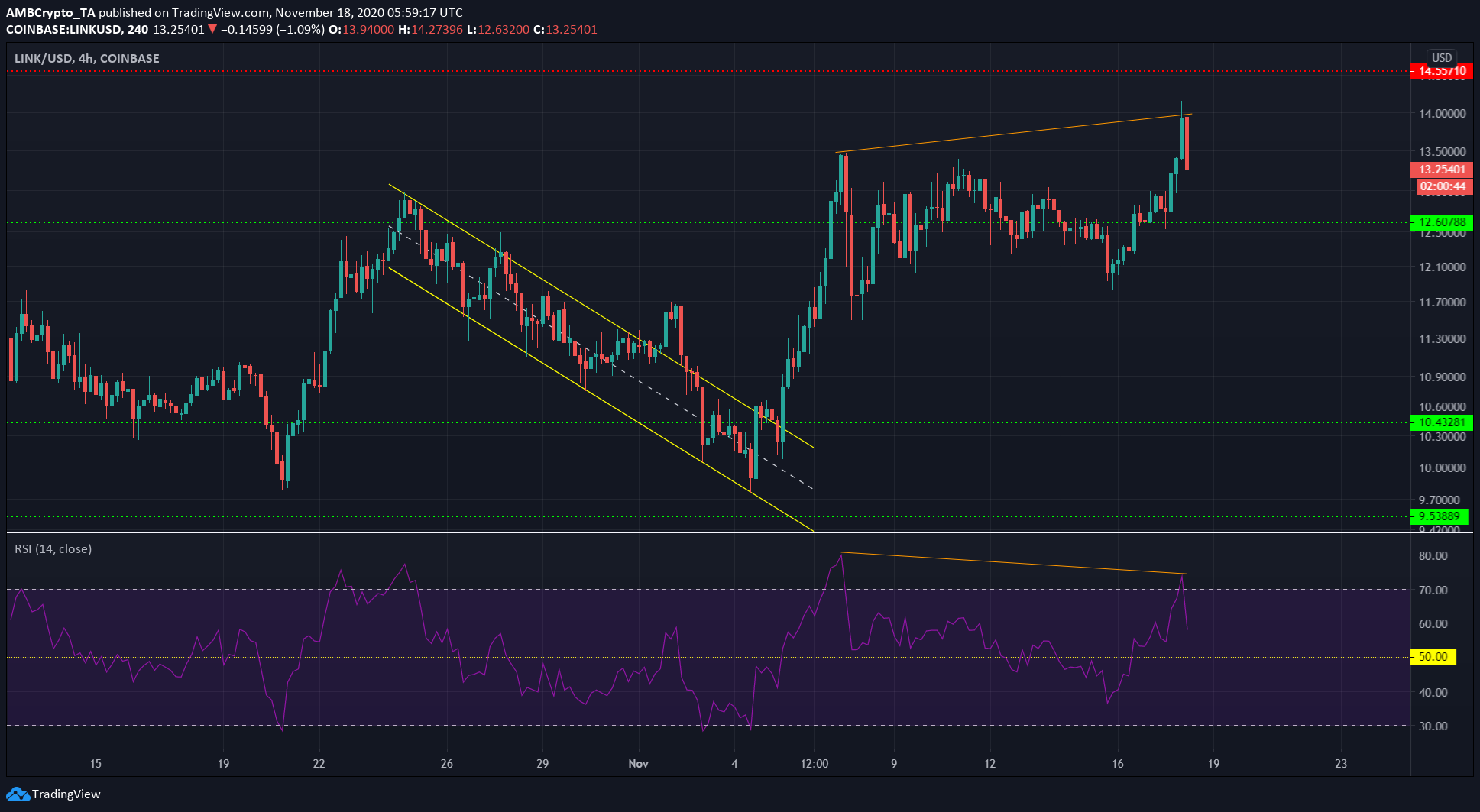 A bearish divergence between price and momentum indicator was spotted. Coupled with Bitcoin’s drop from $18,500 to dip as low as $17,200, LINK was forced to revisit support at $12.6.

The uptrend was still intact for LINK after it moved above $10.4 in early November. Above $13.25, LINK faces no significant resistance till $14.5, however, a Bitcoin correction could see a short-term sell-off for LINK.

A trading session close below $12 would shift the momentum strongly in favor of bears over the next few days. 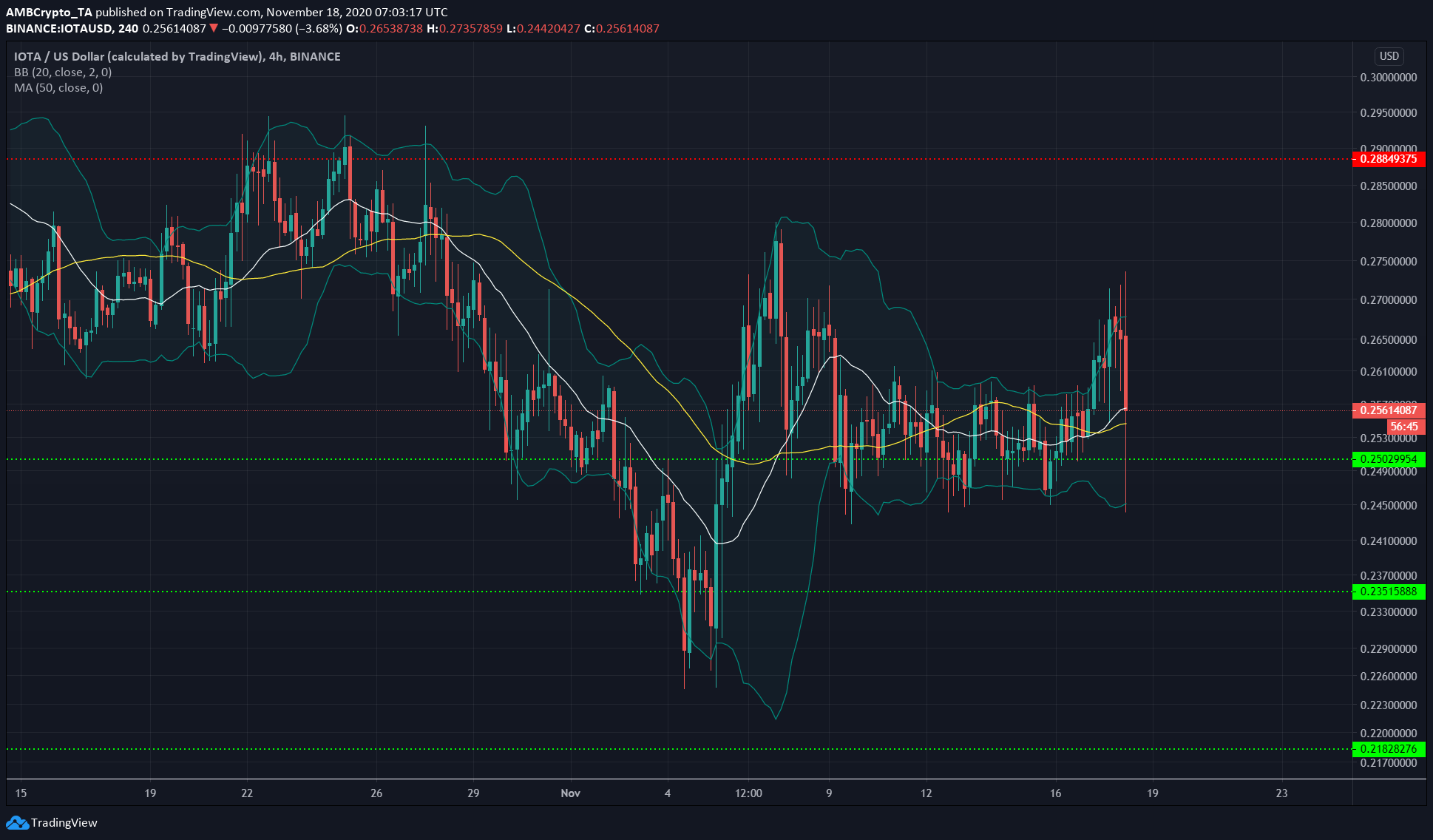 The Bollinger bands for IOTA widened as the price appeared to breakout to the upside after a few days of relative calm.

But IOTA reversed quite quickly and was back at the 20 SMA, which acted as a support for the asset but might break soon.

The price could be headed back to $0.25 support if it closed a trading session below the 50 SMA (yellow). 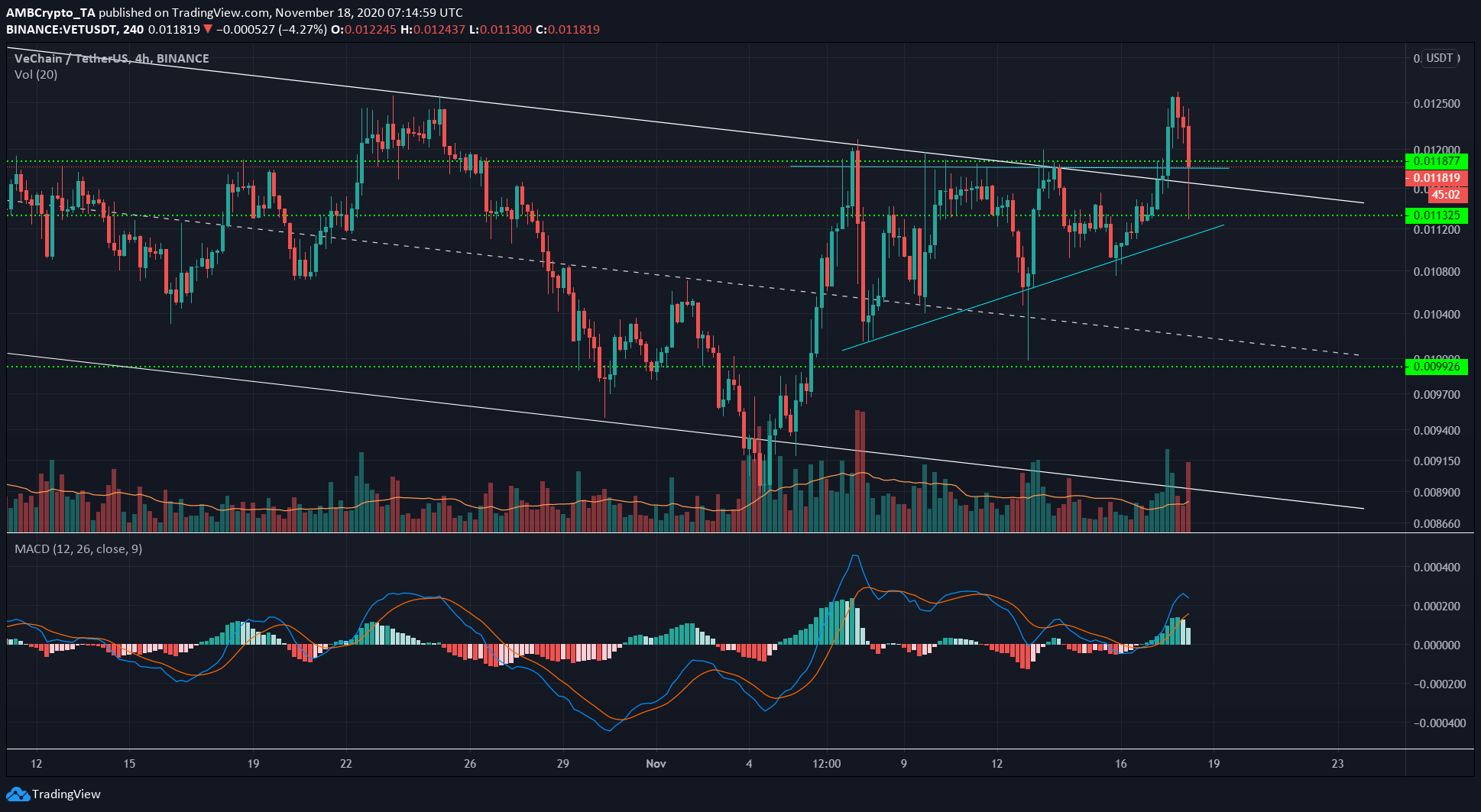 VeChain broke out of the descending channel as well as the ascending triangle it had formed in the past few days. This breakout occurred on strong trading volume, which indicated trader conviction.

The price was moving back downward and has tested $0.118 as support. The MACD still gave a buy signal and suggested that VET was in a minor pullback before a move upward.

The descending channel’s base was the level of resistance at $0.14, a target that VET could attain in the coming weeks. However, the region at $0.125 has proved to be a liquidity pocket, and so it proved once more after VET was unable to climb past it upon breakout.

A close below $0.113 could spell trouble ahead for bulls.