Bitcoin decisively climbed past the $16,000 level as buyers overwhelmed the market in the wake of extremely positive sentiment toward the biggest crypto. Chainlink was unable to perform similarly in the past few days, as its price oscillated about the $12.6 level. Synthetix and Stellar Lumens registered gains in the past few trading sessions and looked likely to continue to do so. 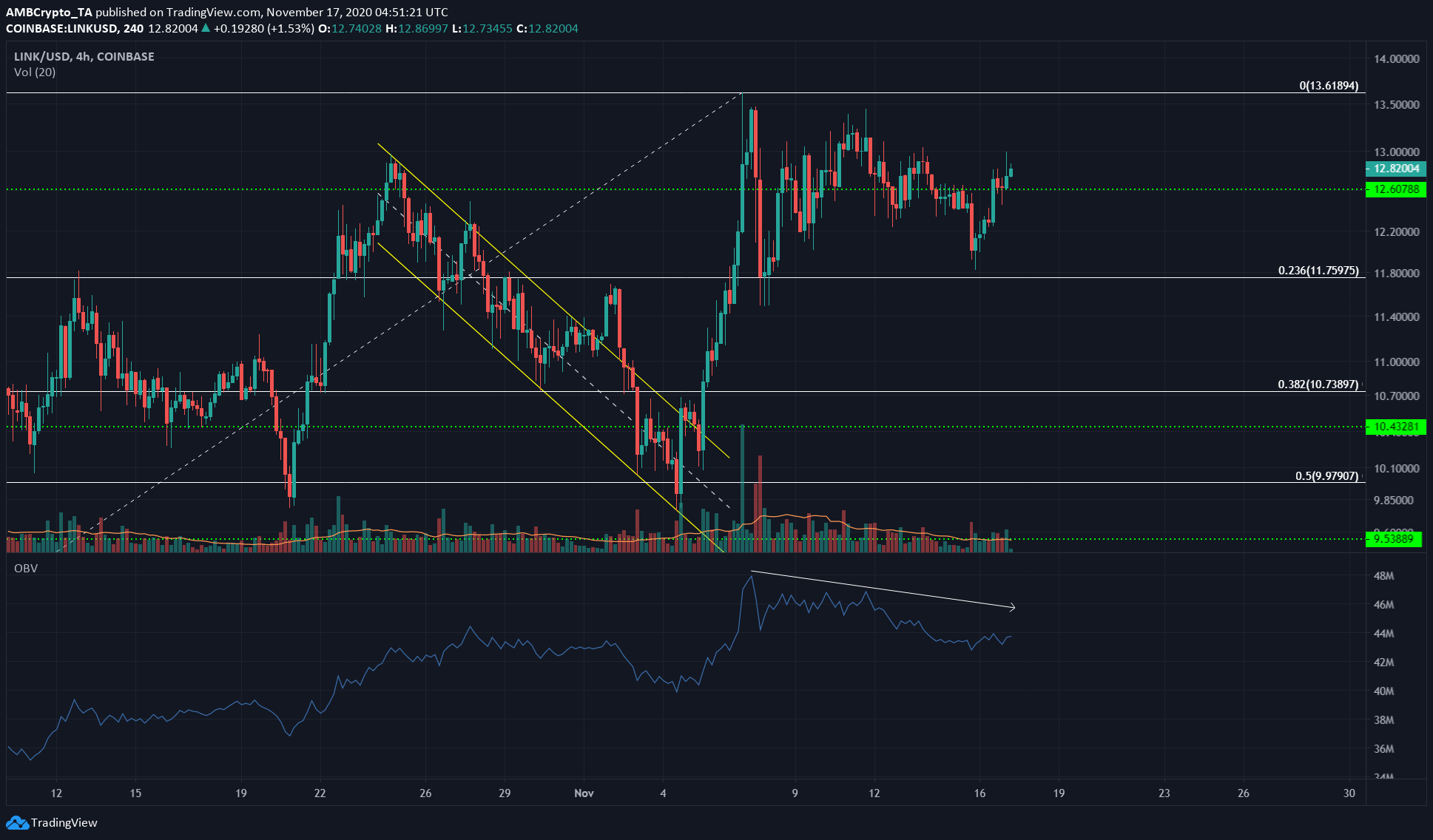 The price has oscillated about the $12.6 level of support, and at the time of writing LINK made some gains after a dip to $11.85.

A rise past the $12.6 level could see LINK rise as high as $13.25, similar to its weak bullish movement this past week.

However, the OBV showed falling buying volume in recent days, which indicated that a surge was unlikely. That could change in the coming days, but at the time of writing, $13.25 could be a glass ceiling for the price over the next few days. 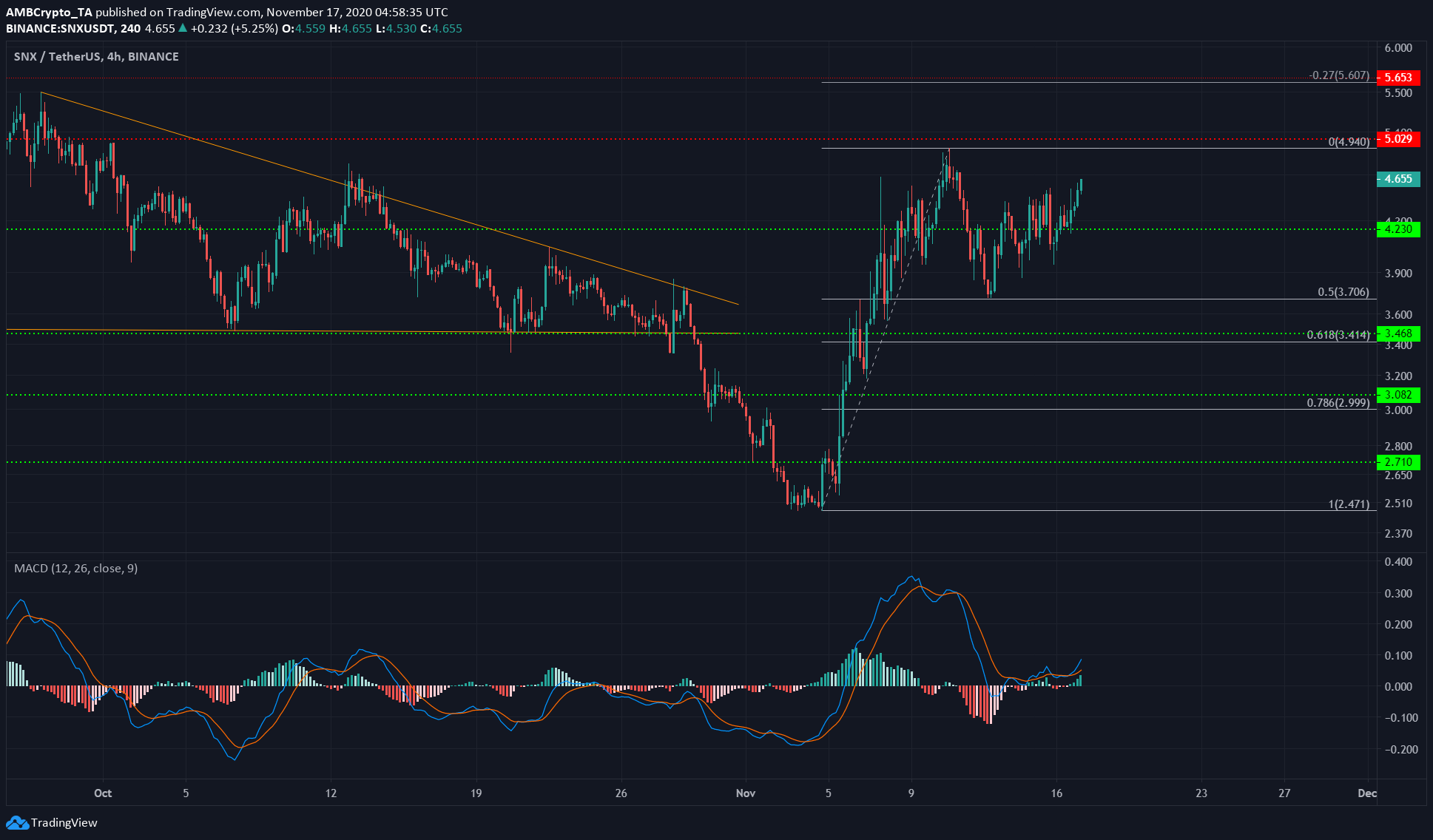 Synthetix dropped below support at $2.7, but rebounded very strongly and looked to be on track to recover a significant portion of its losses in the past six weeks.

The Fibonacci Retracement tool was used to highlight some important levels of retracement for SNX after its move upward from $2.47 to $4.94. The 27% extension of the move also gave an upside target for the coin.

The crypto asset retraced 50% of its gains and moved with momentum to the upside once more. The MACD formed a bullish crossover above the zero line while SNX also posted quick gains.

It has a level of resistance at $5, with $4.9 also being a level of importance. A close above these two levels would likely see SNX climb as high as $5.6, the aforementioned  27% Fibonacci extension. 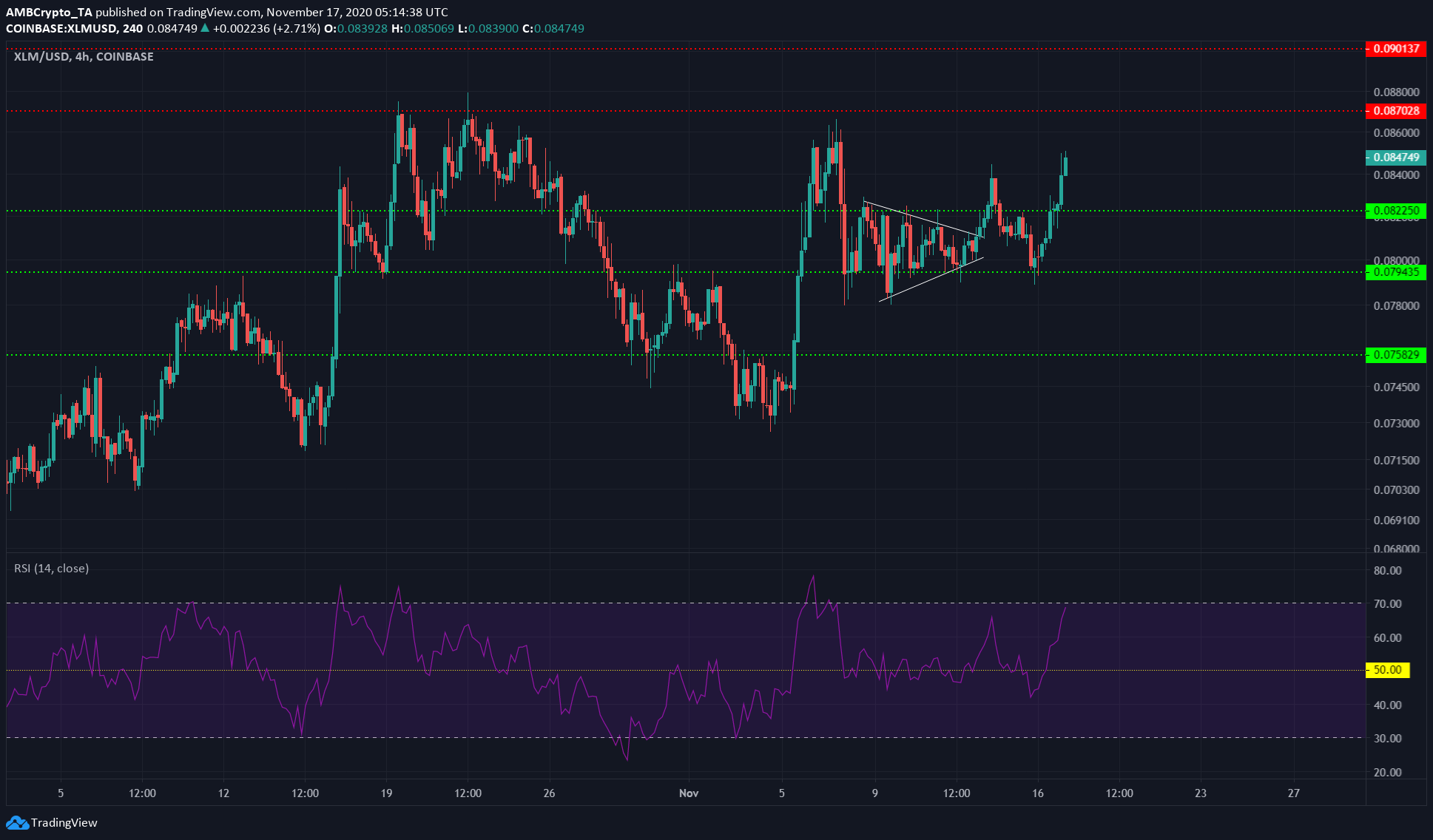 XLM found good support at $0.079 and reversed gears almost immediately as buyers flooded the market. It has surged nearly 7% in a little more than a day and could be set to see more upside.

It has a level of resistance at the $0.087 region and was headed to test the level. The RSI was at 68, which was close to the overbought territory.

XLM could close above resistance in the coming hours and flip it to support on a pullback.