In the past 24 hours, Bitcoin has had a high of $19915 and a low of $18,100. This volatility saw some altcoins shed a few percentage points worth in value. Ethereum dipped from $620 and moved beneath the $580 support, although it remains to be seen if that level will be flipped to resistance in the coming hours. IOTA was also likely to post some short-term losses, and Aave held its ground above $74 but lacked buying volume. 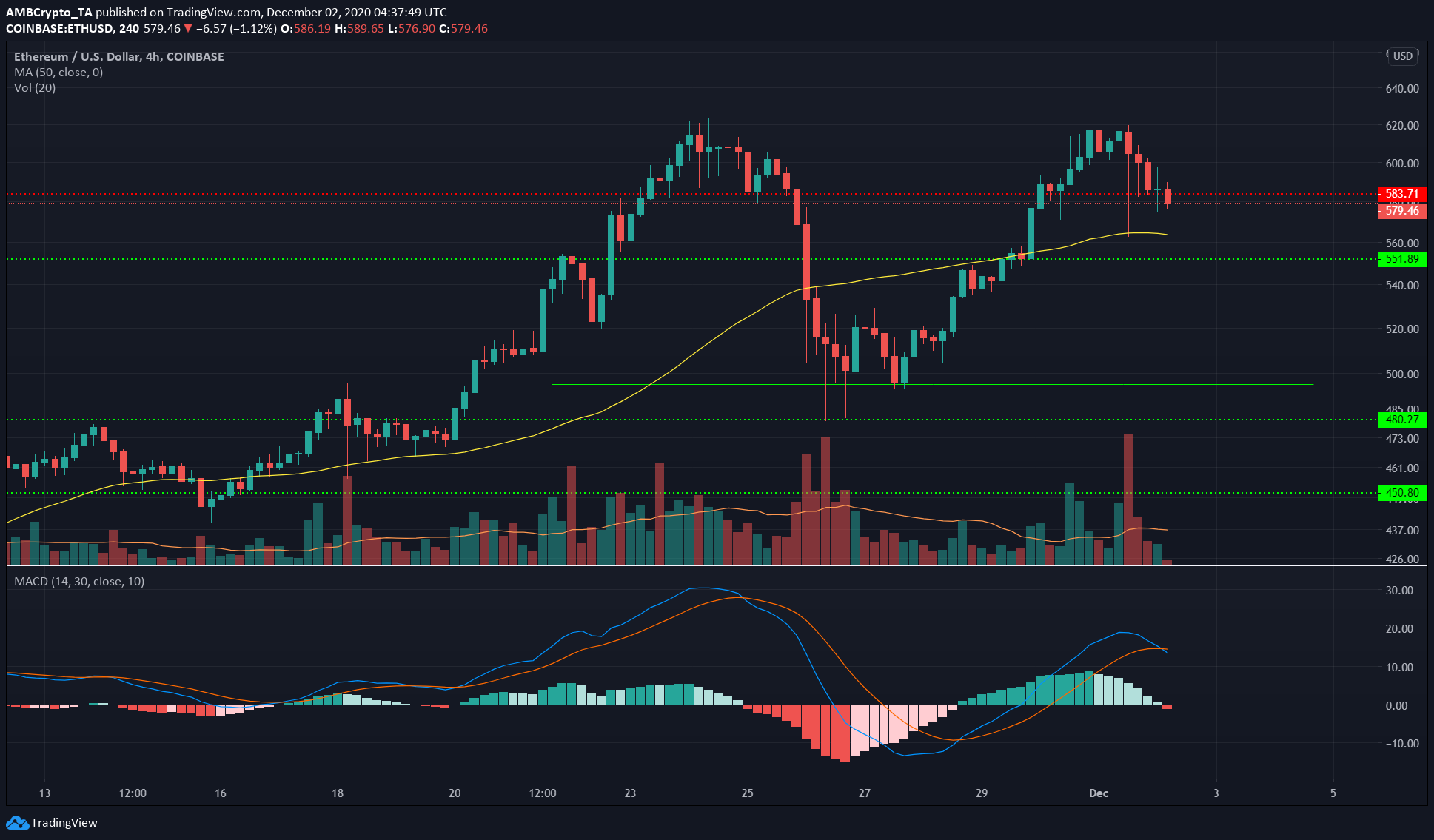 The MACD formed a bearish crossover above the zero line, to indicate that the upward momentum had stalled and would need to gather steam for another move upward.

On a longer-term outlook, a double-top pattern could be forming. The most recent peak for ETH is near $620 and would require ETH to close below $500 before being confirmed.

In related news, the first step for Ethereum 2.0 was taken with the Beacon Chain going live recently. 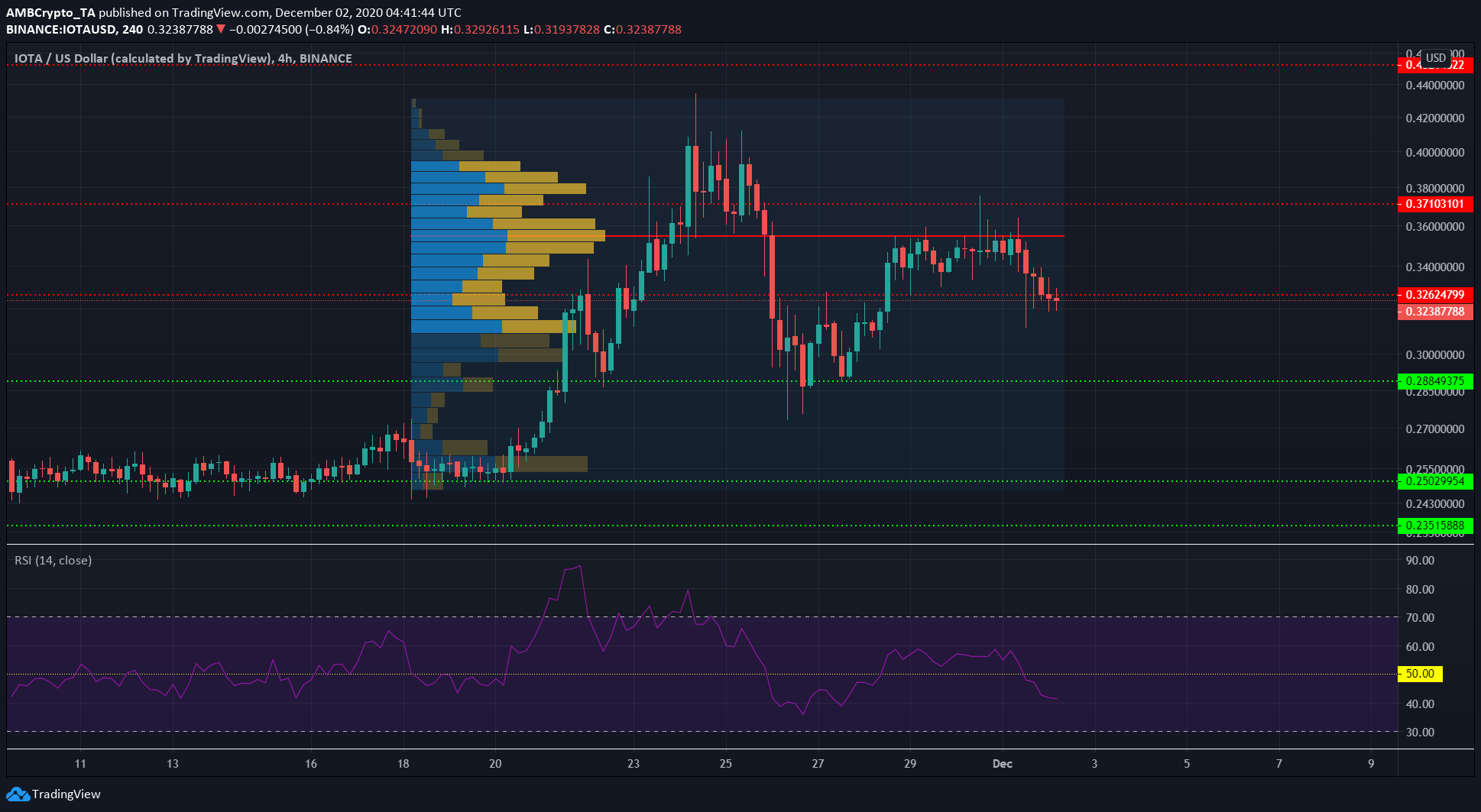 The Fixed Range Volume Profile highlighted some levels of support and resistance for IOTA based on the past couple of week’s trading.

A move to $0.3 could be in the making, as the RSI dropped below neutral 50. The path of least resistance for IOTA was downward, after a strong rejection at the $0.355 level. 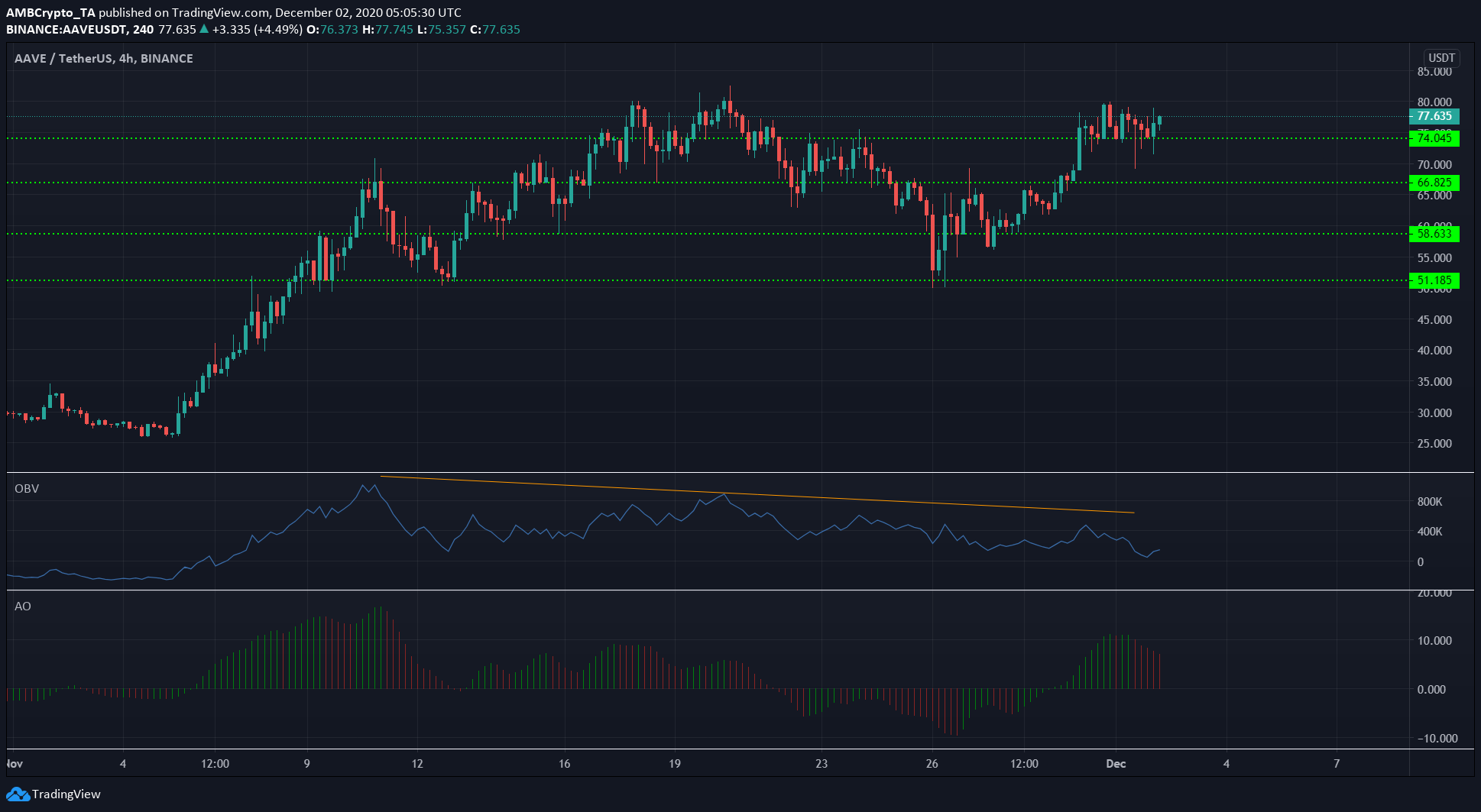 AAVE recovered strongly from the drop to $51 level of support, but the buying volume did not paint a pretty picture despite the rise in price.

The OBV has formed a series of lower highs while AAVE has recovered and, at the time of writing, sat pretty close to its local high of $80. The lack of buying volume behind the rise in price could see a correction in the coming weeks.

The Awesome Oscillator showed momentum was still in favor of the bulls.

Crypto Market Cap Shoots 17% Above $1.3 Trillion In A Day, Top Crypto News Behind the Rally

COVID-19 vaccination records stored on VeChain as use cases grow