Bitcoin had nothing but thin air above it to reach ATH, while Ethereum was trading above $480 once more, with $500 a level it has not been above since mid-2018. Tezos saw strong interest from buyers in the past week, while Compound appeared to be recovering from the last two months’ heavy losses. 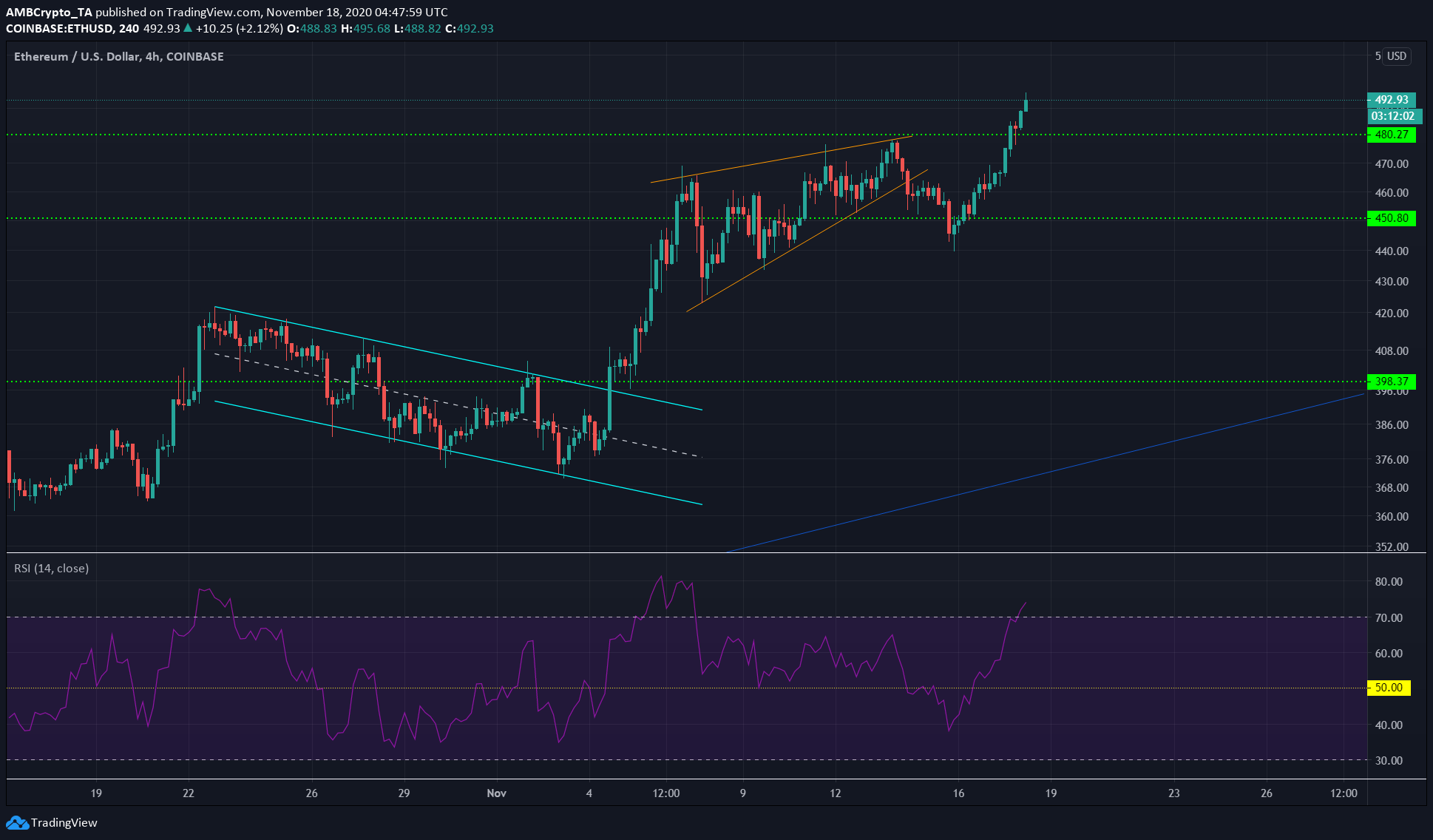 Ethereum surged past the $480 level with strong conviction and could easily breeze past $500 with the positive sentiment around price strengthening due to recent developments.

The RSI showed overbought, but that might not matter much given that many buyers might give in to FOMO and continue buying ETH.

$550 is the next level of significance. ETH could find sellers in that region, and in $580 if it gets there, while $450 and $480 should offer strong support on a retracement.

In other news, questions continued to swirl over whether the network was ready for the launch of ETH 2.0’s Phase 0. 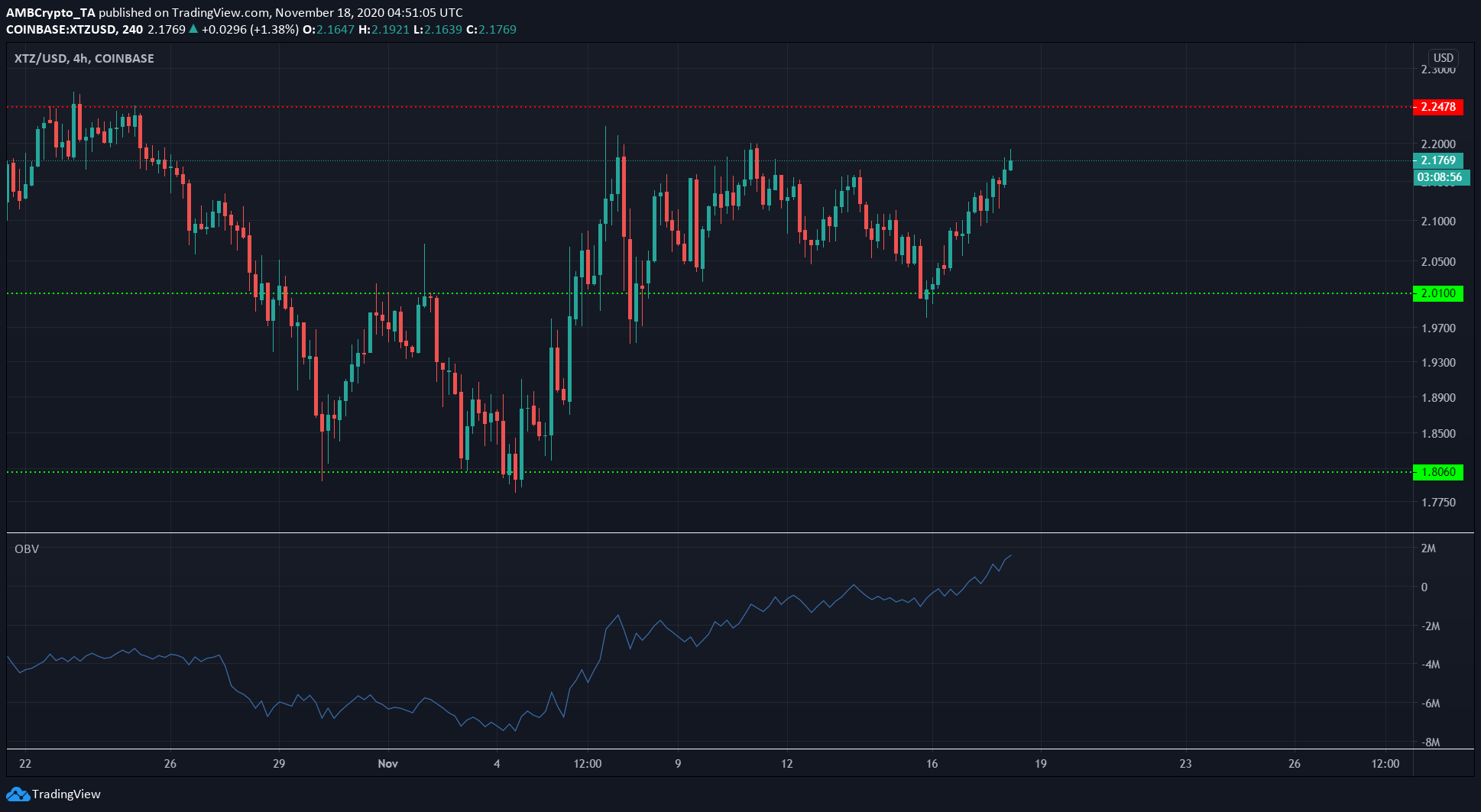 XTZ refused to dip below $2 support and there were solid buying volumes seen for the crypto-asset. This could indicate that $2.24 resistance, which has been a region of supply, could be flipped to support.

The OBV was in an uptrend to show heightened buyer interest toward XTZ. A similar trend with price and OBV was seen in mid-October when price climbed as high as $2.40 before a steep fall.

It remains to be seen if this time can be different, yet what is certain is the bullish momentum of XTZ in the short-term. 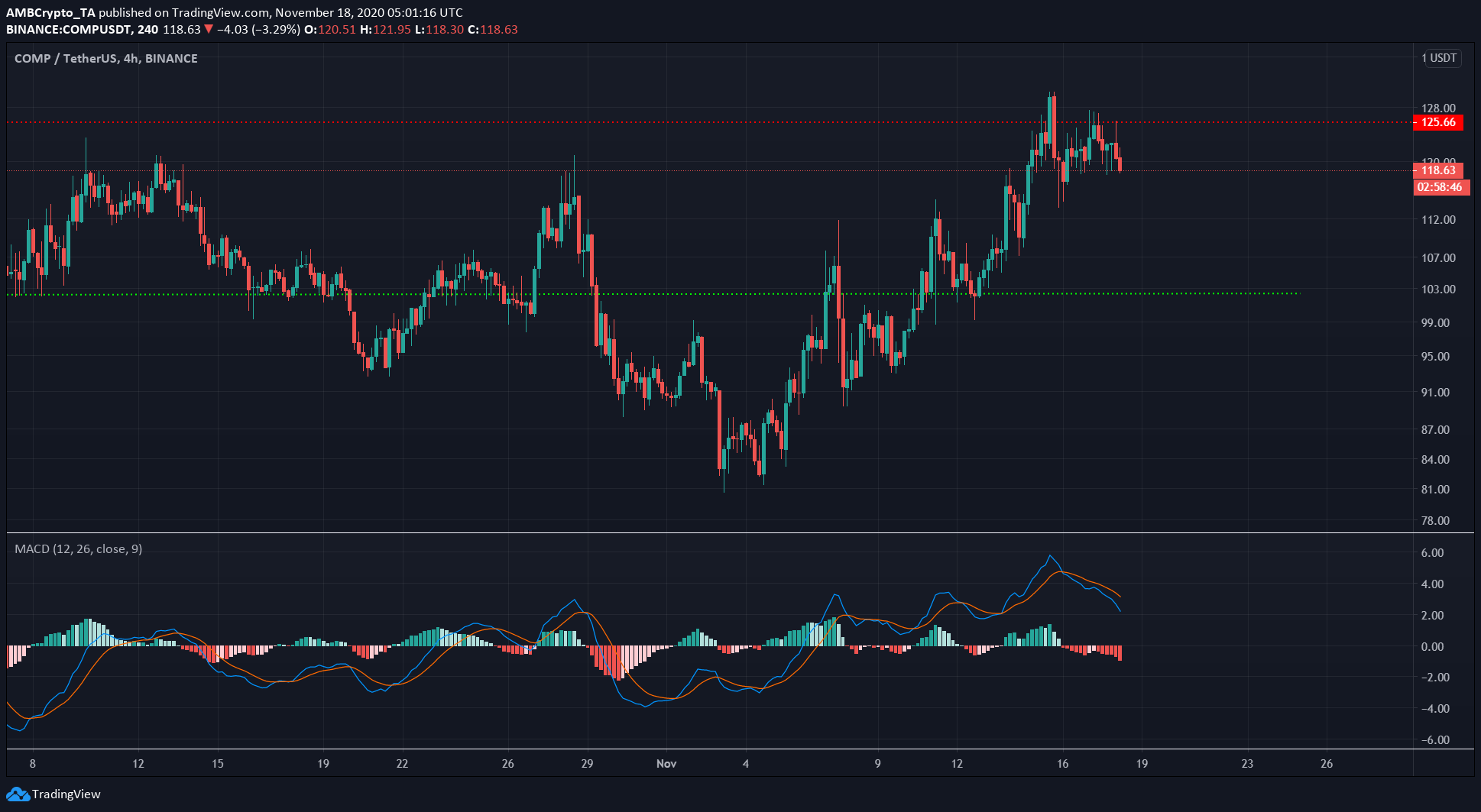 The DeFi market continued to struggle as Bitcoin and some large-cap coins stole the limelight. COMP struggled to break past the $125 resistance.

Yet, it has been on the road to recovery since falling to $84, and the rejection at resistance could give COMP bulls time to gather steam for a retest of the same level. It has a level of support at $100.

The MACD formed a bearish crossover, but was well above the zero line and likely indicated weak bearish momentum that signified a pullback in an uptrend.