Here’s why this DeFi trader has a problem with Maker, YFI

One of the most reputed DeFi traders in the business today, the pseudonymous DegenSpartan recently shared his critique on quite a few popular DeFi protocols that have a strong following with independent crypto-researcher Hasu.

DegenSpartan has perhaps been most critical of Maker – the second most dominant DeFi protocol after Uniswap. 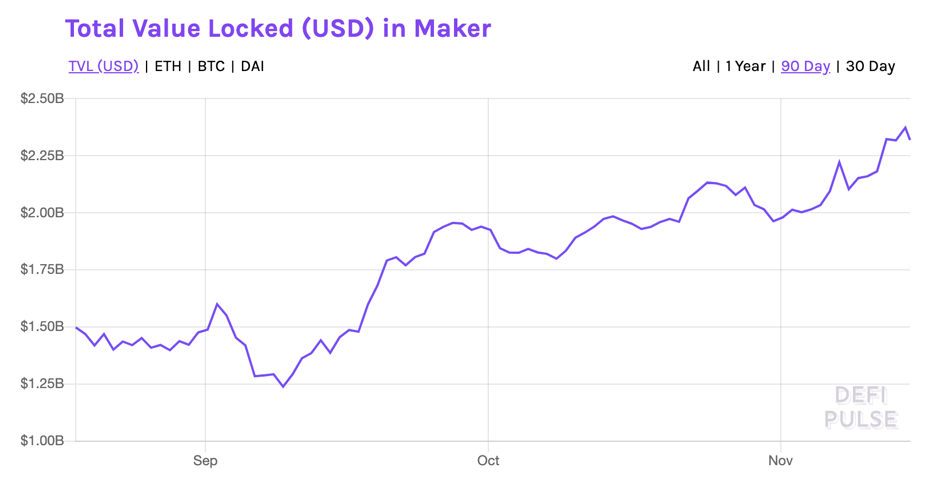 According to the trader,

“I’d say I think my main critique is their design which I feel is inadequate because it lacks the ability to go negative and to charge DAI holders for stability, or from another perspective, it is unable to incentivize DAI supply creation.”

He also said that he believes that their 3 stakeholder system ( 1.DAI holder/user, 2. DAI supplier/CDP owner, and 3. The MKR holders) creates a weird tension wherein one of the three parties is made a ‘loser’ for the benefit of the other two. DegenSpartan went on to assert that accepting centralized stablecoins as collateral really hurt the “DAI as a purely decentralized stablecoin” narrative it had largely enjoyed.

However, Maker is not the only popular DeFi protocol the trader is critical of. Yearn Finance is another project that has been the target of his critiques.

“Of course, seeing the token price run up, there was always the thought of “damn, if I had held until now, I could have made X much more profit!” But fundamentally, I couldn’t do it – I couldn’t buy back in.”

Interestingly, the fact that DegenSpartan was not convinced about the fundamentals of these protocols surprised a few in the crypto-community.

YFI as a project is top because they have a top-notch team, first mover advantage and useful products. Forking/Copy is much harder than expected and many forks don’t succeed out of various reasons. But I don’t know if the valuation makes any sens.

The 1% thing I disagree with is #YFI. While the incentive alignment is not great, it still is strong DeFi cashflow generating bet. The surface of strategies will increase, as well as amount of lazy capital wanting to automate these, even willing to pay for it.

For the DeFi trader, the issue is with governance tokens in general as he believes that tying governance tokens to more quantifiable work than just voting for proposals might be a better way to get holders to be value creators as well, instead of free-riders.

“Governance minimalism” could make sense for other reasons, e.g. if you believe protocols can’t capture value in the long run.

But if you’re a “gov minimalist” because you disagree with profit distributions, your issue is not with gov tokens, but with the equity model in general

As is the case most of the time these days, the trader’s comments fueled a lot of debate on crypto-Twitter, with many supporting and opposing his arguments.