Ripple started a strong recovery wave above the $0.3000 and $0.3100 levels against the US Dollar. XRP price is currently correcting gains from $0.3700, but dips remain limited.

In the past two days, ripple’s XRP price saw a sharp increase above the $0.2500 resistance level. The bulls gained strength, resulting in a sharp upward move above the $0.3000 barrier. 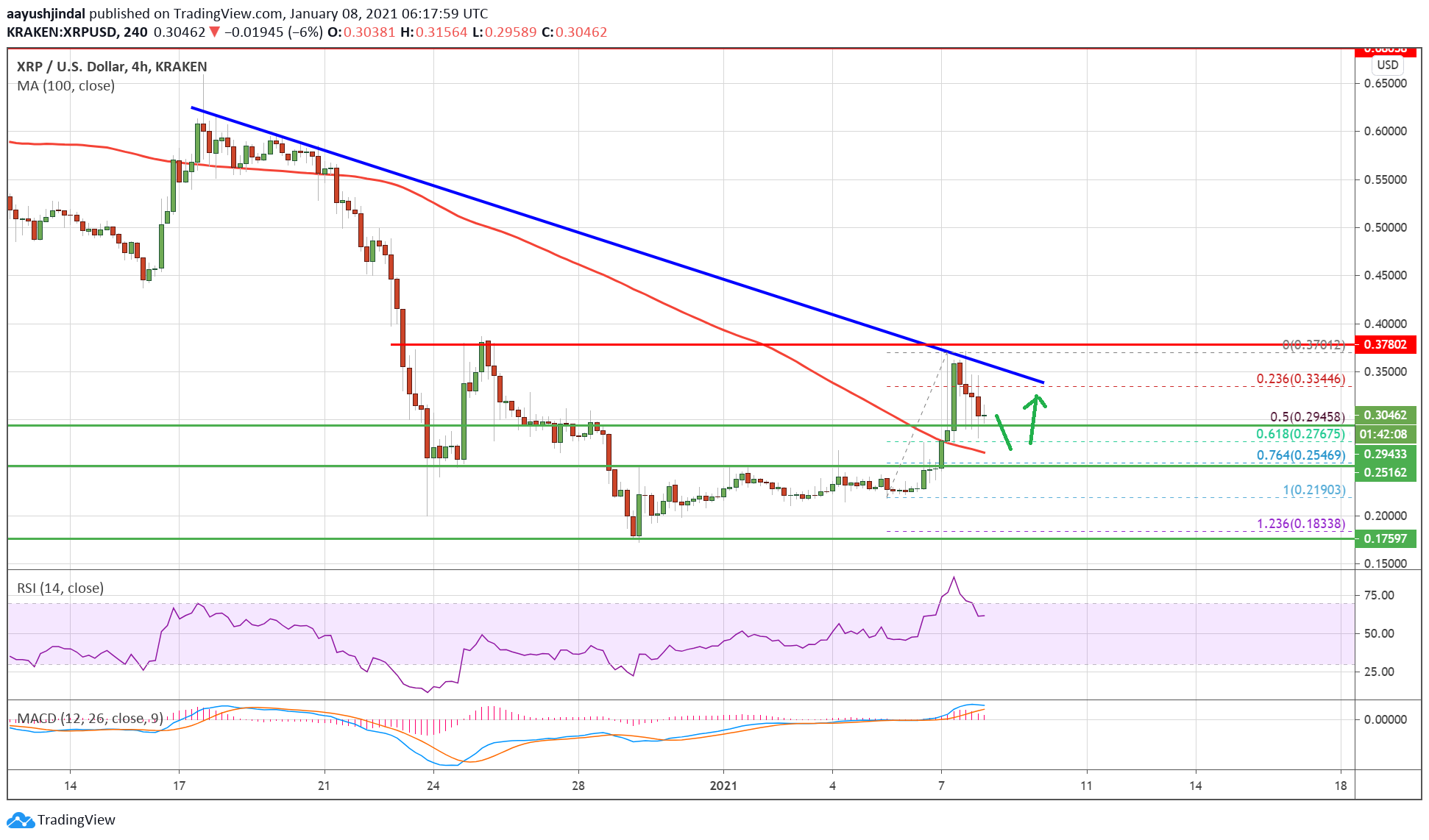 If ripple remains stable above the $0.2950 level, there are chances of a fresh increase. An initial resistance on the upside is near the $0.3250 level.

4-Hours MACD – The MACD for XRP/USD is losing momentum in the bullish zone.

4-Hours RSI (Relative Strength Index) – The RSI for XRP/USD is correcting lower towards the 50 level.

Top US Banking Regulator: Banks Are Authorized to Use Public Blockchains and Stablecoins for Payment Activities