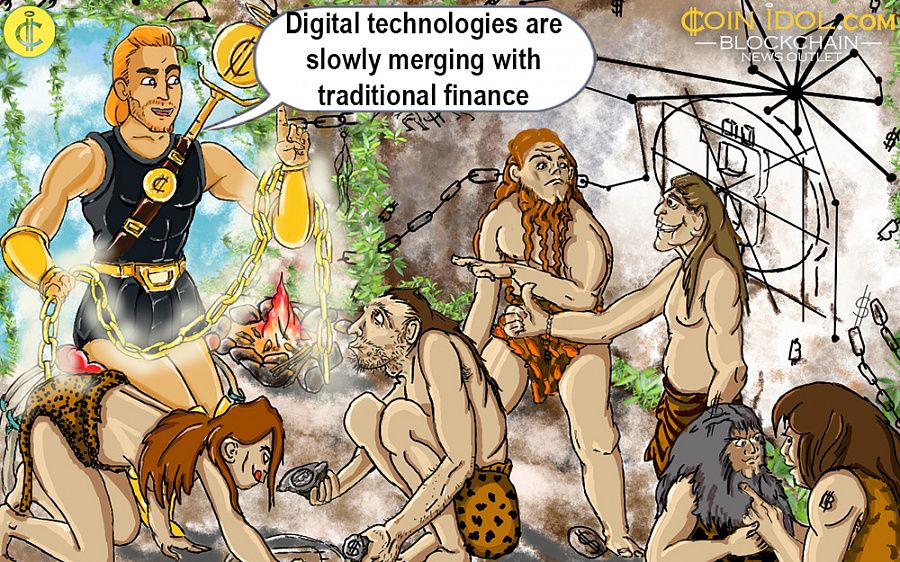 The rapid digitization of the world caused many players from the traditional finance sector to explore and adopt innovative solutions including cryptocurrency. In its turn, it has brought enough good news to the market to take Bitcoin price to new highs.


The month of November started with BTC skyrocketing above the $15,000 level. Most analysts are being quite bullish about further price movements. Despite the coin facing minor corrections, its rate has been gradually increasing. According to a report by Cryptopolitan, some analysts predict Bitcoin hitting the $40,000 level by the end of 2020.


The flagship crypto price was significantly influenced by the increasing interest from traditional finance giants like Visa, PayPal etc. No wonder, for the adoption of cryptocurrency or blockchain-based solutions by reputable financial institutions might increase trust and spread awareness about it among the common folk, thus attracting numerous users.


BTC has been sparking curiosity from institutional investors for a long time. Each time there is a big investment from prominent players in the field, cryptocurrency prices spike to various extent.


In mid-September, a large business and technology company MicroStrategy purchased 38,250 BTC within its investment strategy. Besides, its CEO, Michael Saylor, also showed support for the flagship crypto by stating that he had also made some personal investment in it.


Such investment triggered a significant boost of demand for cryptocurrency, as most of the biggest exchanges detected an increase in purchasing Bitcoin as well as other digital currencies. After that, the price of the flagship crypto increased to around $11,000 and proceeded to grow further after a minor correction.


Another significant piece of influence over Bitcoin’s price was made by large payment giants. After a payment company Square poured about 1% of their assets in Bitcoin at the beginning of October, its price has overcome the $11,000 threshold.


Also, it has triggered another boost of interest by the comment of the company’s CEO, Jack Dorsey, who stated that cryptocurrency “aligns with the company’s purpose”. Does it mean that Square is also looking to implement some cryptocurrency-based solutions?


The beginning of November was marked by two announcements from giants of the traditional payment sector that triggered BTC price to rally past the $15,000 level. PayPal has finally confirmed rumours about their plans to offer support for cryptocurrency. First, they popped up back in mid-July, causing lots of excitement. After the company rejected those rumours, the BTC price has seen a minor decrease from around $9,500 to $9,100. However, the official announcement made the price surpass the $13,000 level.


Another payment giant that might have contributed to the growth of Bitcoin price was Visa. It is known for its long-term interest in blockchain and cryptocurrency, as well as for implementing technical solutions in the field. At the beginning of November, CoinIdol, a world blockchain news outlet, reported that Visa announced the issuance of cryptocurrency debit cards in partnership with Coinbase.


The outbreak of COVID-19 and the global lockdown prompt both businesses and ordinary users to switch to the digital realm, implementing new solutions including those based on blockchain and cryptocurrency. Because the pandemic is not going anywhere anytime soon, it is worth assuming that the merge of traditional and digital finance will become stronger. In this case, Bitcoin price might indeed skyrocket to new highs which are difficult to even predict.

Bitcoin’s price correction may not be over, on-chain data analysts warn